Our Most Precious Resource 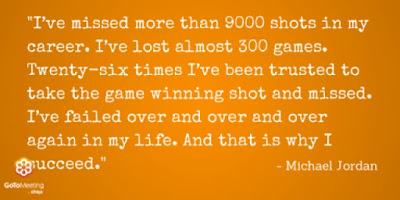 While riding along the highway, I came across one of the most profound statements printed on the back of a 16 wheeler. It read, our most precious resource is 16' ahead. Eureka!

The trucking industry, or at least this company, has discovered a truth that many educational leaders have yet to realize. I say this because we spend millions of dollars on textbooks that are outdated at the time of printing and will deny a teacher attendance to a $500 conference. We often ignore the expertise of a practitioner and take as gospel the rhetoric of those who make their living giving us advice. Something is very wrong with this picture and it's going to take a lot more than my one voice crying in the wilderness to create change.

I'm ashamed to admit that as I write this, I too can see how I have contributed to this mindset. A mindset that screams loud and often, you are responsible for this ship, if it goes down, then you will go down with it. To a certain extent, this is correct, but leadership has never been and will never be a solo venture. In fact, it is the result of the concerted efforts of not one, but many individuals.

So what is our most prized possession in the public school today or any school for that matter? It is our teachers! Research has shown us that when we invest in them, student achievement increases, they feel empowered to take risks and they are more willing to share both their failures and successes with their colleagues.

Teachers aren't just one of many resource we use to educate our youth, they are and will always be: the most valuable one!

Posted by Unknown at 2:15 PM No comments:

No Man's an Island, Unless You're an Educator

I spend day in and day out pounding the linoleum laced hallways in search of the all to mysterious collaboration session. I've mandated them, I required evidence of there existence and I've even chided those who refuse to do as directed. All in attempt to convince everyone on the team that wisdom lies within the council of many.
What you may not know is that little to no  real collaboration takes place at the management level. It's as if someone has convinced those in leadership that working together is not worth it or bad for their career. Surely to share a potential great idea with someone who you perceive to be your competition is not wise, right? Wrong.
Every organization, public or private, is made up of more than one person.  Individuals who were hired because someone believed that their various talents and skills could be used to move the organization forward and that this movement would be the result of a collective effort. Unfortunately, it is this same system that stifles and discourages the collaborative environment they say they value. We don't promote groups, we promote individuals. And even if we do offer some type of financial incentive to the team, there will always be one who is recognized as having been the motivating factor behind the success.
Please don't get me wrong, I am not advocating that we do away with acknowledging individual effort. However, what I am saying is that our current system is out of balance. Do I have the fix? No. Nevertheless I believe Truman was on to something when he said, "it's amazing what you can accomplish if you don't care who gets the credit."
So to my fellow school leaders I say, no longer can we who sit at the helm ask others to do what we ourselves are failing to do. We must be the change we desire to see in the world, in our community, in our schools, in our teachers and last but not least, in our students. For we are all members of the same team. Therefore, if I fail, we all fail, and vice versa.
Posted by Unknown at 5:24 PM No comments:

The Confessions of a First Year Principal

I am a couple of weeks away from closing out my very first school year as Principal and I'd like to tell you that this year began without a hitch. That my staff and I immediately got off to a great start and that we are still walking harmoniously in our efforts to educate the children we have been given charge over. However, to do so, would not only be the biggest tall tale of all time, it would rob you and anyone else who is considering this path of the truth: leadership is not pretty and nor is it easy.

I say this because there were many days and many more nights I longed to be back in my old position. I wanted to go back to a place that was familiar and safe. Safe because after six years in this one place I had become fully assimilated into the environment. Truthfully, I had overstayed my welcome and had it not been for the wisdom of one very astute Superintendent, I might still be there.

So exactly what did I learn over the course of my first year as principal? More importantly, what had I learned that was so important that I had to blog about it? Well, to start, I learned that I am stronger than I think. You see, I walked into this first year with unknowns that were significantly exasperated by the fact that this was a position I had applied for and not been selected for several months earlier. In my mind, I was not the candidate of choice. Nevertheless, I accepted the offer and jumped head first into what would be the greatest adventure of my professional career thus far.

I spent my first day on the job with the outgoing newly appointed Principal, who would at the close of our meeting surrender his seat to me as he assumed his new position as the newly appointed Principal of our middle school. To say that this was not an awkward experience would be a complete lie. As I listened to him discuss the plans he and the school's leadership team had set for the upcoming school year, I could clearly see why he was the candidate of choice. In fact, I left that meeting thinking, if I had sat on the committee responsible for hiring the new principal, I would have chosen him as well.

If you thought day one was noteworthy, then surely day two was just as climatic. You see, it was not only the first day back for my Assistant Principal, but it would also be the day that he learned that the person he had worked all summer long with had been reassigned. Not only was he not aware of the change, but neither was my staff. I was the new kid on the block and everybody who needed to know, didn't. Talk about being stuck between a rock and hard place.

No problem right? This is nothing to lose sleep over. People are hired, fired and reassigned all the time. Your staff is resilient and you have exactly two weeks to learn as much as you can about the school, the community, the district and the culture, all while creating a master schedule and developing a vision for the upcoming school year and the medium for which to share it. Now get to it!

The second thing I learned this past year as principal was that I must be able to find that silver lining in the clouds. Why? Because change is inevitable, and most of it, you will have no say so in how it happens. Even still, as leaders we have to keep a level head, we have to be that bright star in the midst of mandates, standardized test and public criticism who believes and inspire others to believe that our work is not in vain. I had to learn and am still learning, how to be that coach on the sideline pointing out the areas in need of improvement, while at the same time celebrating those areas of my teams greatest strengths.

Last but not least, I have learned that you must be willing to fail publicly. My 15 years as an educator have taught me that most teachers fall into one of two categories: those who did school well and wanted to create this same experience for others and those who had a horrible experience in school and want to make sure that no other child suffered the same fate. Of those who enjoyed school, there tends to be this desire to continue to do school well. So to ensure that this is the case, they play it safe. They will only do that which will result in success.

So how does one learn to be okay with public failure, with the fact that they tried something they thought would work and it didn't? They learn from us! Those of us who are sitting in the position, as some see it, of judge and jury. To put it more plainly, I am talking about those of us who have the ability to decide their fate.

I don't know who said it, but I believe every word of it: "you cannot lead someone to a place you yourself are unwilling to go." I wanted my staff to know that I am not perfect and that there are many areas in which I need to grow and just as I play a part in their development as educators, they to play a part in my development as their principal. And that is why, I used one of the many staff meetings held this past school year to display my evaluation and solicit their feedback. Was it difficult? Yes. Were my shortcomings laid bare before those I was responsible for leading? Yes. If I could, would I choose not to share my results with my staff? No. They had given me an overall rating of unsatisfactory and I needed to know how I can improve on that rating. I had tried somethings that didn't work and I had made decisions that made my staff feel that they were no longer a part of the team; and I could not take one more step without addressing their concerns.

To date have all issues been resolved? No. Have I moved from unsatisfactory to proficient since our meeting? No. Have I changed how I do things? Yes. Am I willing change even more to ensure that we our on the same page and that the children we service receive the best education we can offer? Yes. Do I accept the fact that the process will take time? Yes. Am I willing to put in the time? Yes. Posted by Unknown at 5:47 PM No comments: