The Exodus - The Real Reason Teachers are Leaving the Profession

Earlier this week I found myself engrossed in a Facebook post about teachers who quit in the middle of the school year. The range of emotions expressed by colleagues who worked alongside these teachers varied. Some expressed compassion for the teacher who had quit, while others expressed anger and resentment.

There were even those who had resigned chiming in on the post. Individuals who decided that it was in their best interest and the kids they served to sever the relationship earlier rather than later. 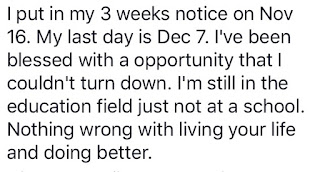 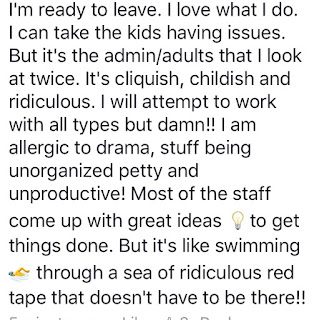 While the reasons for leaving, the kids and the administration, do not come as a surprise; I am amazed by the immediacy of these decisions. I say this because I remember wanting to quit at the end of my first year of teaching. I remember feeling defeated for having thought about quitting. I even remember the reasons I wanted to quit. But unlike my contemporaries, I just could not bring myself to walk out, to cut my ties right away, even though I was miserable. 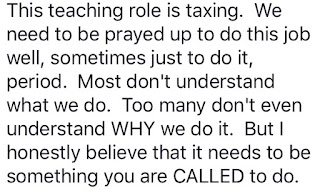 Looking back, I am glad I decided to stay; and I am especially grateful for the people who were divinely placed in my life to talk me off the ledge. Individuals who knew first hand what I was going through and who made a decision to check on me regularly despite their own battles. Individuals who reminded me often why I chose to become a teacher and why quitting was not the answer. I truly believe that had it not been for them, I'd be working outside the field of education today. 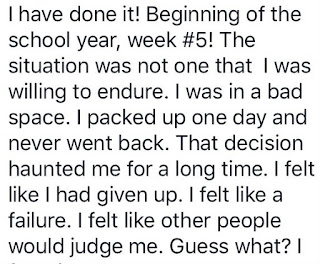 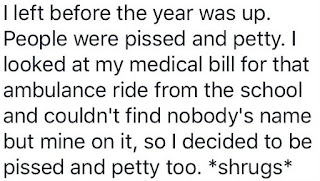 And to my colleagues whose experience has led them down a different path, I say, stay strong. It takes a lot of courage and a lot of strength to throw in the towel and choose your well-being and peace of mind over your career. It takes willpower to ignore the voices around you. Voices that will surely criticize you and make you feel like the worst person in the world for quitting.

While I am not 100% sure how I feel about the above post. I do understand why this person and so many others feel this way. Not only is education run like a business, it is one. When people leave, they are replaced, but for reasons unlike the one above. To put it plainly, teachers are replaced. And they are replaced because we have classrooms filled with students that need teachers.

While I have not had 1000 teachers resign, I agree with the picture above. Education is in a crisis. Our colleagues are leaving and they are leaving the profession now rather than later. And those of us who have decided to look further find that the answer to this crisis is an obscure and complicated one. One that cannot be effectively handled in this post and one that will not be adequately addressed until we admit that we have neglected to handle with care the hearts of our teachers.